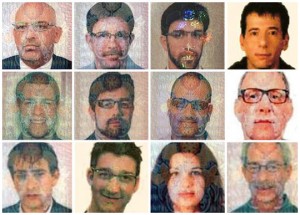 There is no doubt that you have all read or heard by now about about the decision to expel an Israeli diplomat over the assassination of a Hamas member in Dubai by Mossad agents. David Miliband said earlier today that there was “compelling evidence” that Israel was responsible for misuse of British passports as part of a plot to kill the aforementioned Hamas member.

I cannot be alone in thinking that this response was weak. In 1987 Israel promised to stop the practise of forging UK documents after eight British blank passports, reckoned to be for Mossad agents, were left in a phone booth in West Germany [1].  This then leaves one wondering how much of this decision is a ploy just to win votes from the pro-Palestinian group of voters. No doubt this faux outrage by Britain is simply a necessity more than anything else.

No doubt, the replacement for this expelled diplomat will be on the way if he/she is not already. In conclusion, Israel gets off lightly, and escapes another crime. Does this really come as a surprise? I think not. It will be interesting to see how the other countries who had their passports forged respond in the coming days/weeks.