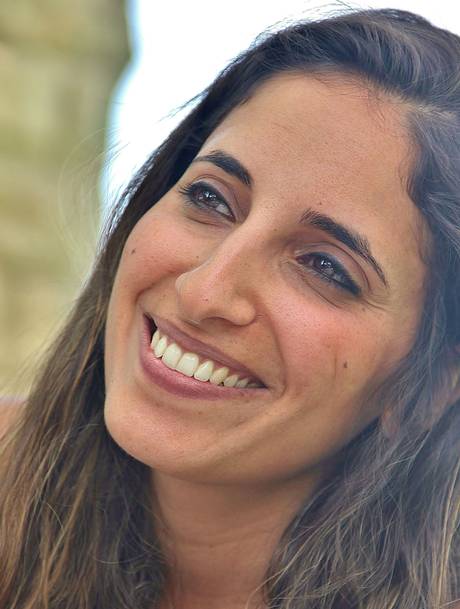 The Independent published an article by Gil Hilel, an IDF soldier who served in a Sahlav unit at Hebron in 2001-2003, who has decided to speak out about her experiences as an IDF soldier.

It led me to discover a very interesting organisation, Breaking the Silence. They are an organisation composed of veteran IDF soldiers who collect testimonies from soldiers about their past service in the occupied Palestinian territories. There are some shocking stories on here, and some stories which confirm information which most of us who choose not to get blinded by corporate controlled media are already aware of. I strongly recommend browsing through it.

Here is a video of Gil Hilel speaking for Breaking the Silence.
httpv://www.youtube.com/watch?v=hyfkz8TcRCs

You can read the full article after the jump, or by visiting the article on The Independent linked above.

For about a year-and-a-half I lived the reality of Occupation. Like other male and female soldiers serving in the Occupied Territories, I learned soon enough the kind of conduct acceptable and expected of me as a combatant in this reality. I learned to do the job assigned to me – controlling Palestinians. I learned to speak the language of occupation, a language of imperatives and demands. It became my mother-tongue.

In the reality of occupation there are no Palestinian civilians, there are only potential terrorists. Any Palestinian man might attack any moment, any Palestinian woman is – dangerous. They have no face and no rights. Our job is to rule. To do that, we must make the Palestinians obey us, and they will only obey if they are afraid of us.

I would stand at my post in the heart of Hebron, in the middle of an 8-hour shift. I would meet the same people nearly every time I was on duty. I already knew where they live, I knew who is pregnant and who had just given birth. I knew who was whose relative, I could see when new clothes had been bought for the children.

This girl I know, too, and she knows me. She passes my post almost daily. She is 16-years-old, I know her name. This morning, too, she passes by. “Stop!” She stops and turns to me. We both know exactly what will happen next. “Give me your ID!” I order her. “Where are you going?” I ask, although I know she’s on her way to school. “To school” she answers. “Wait a minute”. I turn back to the post to check with HQ that she is not on the wanted list, although I know she isn’t.

“Why?” She tries to find out why I’m stopping her today. “What why Because!” I answer crossly. How can she even dare ask. A Border Police patrol jeep arrives. “What’s up?” I ask the guys. “Great. Who’s this?” the BPman asks, pointing at the girl standing next to me. “Just some Arab who wouldn’t listen to me, rude as hell”. “Do you need help with her?” he asks, and we both know that that help would mean. “No, thanks. I think that standing at the post along with me will be enough this time” I answer smilingly, and the patrol gets on its way. She will stand with me at the checkpoint for two or three hours. If she goes on being rude I might even pass her on to the next shift who will also keep hold of her until she learns her lesson. I’m not even sure what she’s done to deserve it, but I know she must learn that I’m the ruler and that she must obey me and be afraid.

At any moment during my service in the Occupied Territories I felt I was protecting my country. In 99 per cent of the times we detained or arrested Palestinians it was because we wanted to show them we’re in charge, and not because of any concrete information. I too felt I came there to defend the State of Israel and was determined to do so in the best way possible. I knew that only if they are afraid of me at all times will they obey and not dare to attack me or my country.

At an Israeli army post in the heart of a Palestinian city I truly believed what I had been taught – the fact that women, children, men and the elderly are afraid of me helps provide my country with security. Back then, in the reality of occupation, this made sense.

It made such sense at the time, that at Friday night dinners at home, when I naturally told my family what I had done during the past week, and about the Palestinian girl I detained at the post for not listening to me, I saw my family move restlessly in their seats. I explained to them that this is how we make the Palestinians fearful, and that because of that fear they think twice before they decide to suicide-bomb us. It sounded simple and logical to me. That was the explanation my commanders had given for our activity, and I accepted it. After a few silent seconds, my mother asked me not to tell her any more what I do “there”. And she added, “Just get back home safely”.

I was quietly annoyed, I didn’t understand. But why won’t you listen?? This is after all the way I protect you! That is what my commanders have taught me to do. So why keep silent? I was annoyed but I kept my mouth shut. That very weekend at home, I started thinking, about that silence and the inconceivable distance between the reality of occupation and that silence. But these thoughts resonated for only a very short time. Sunday morning brought me right back into the reality of guard shifts and stand-bys. The reality of occupation does not enable thought – only survival. So I believed that my way to survive was the use of force and violence. In the reality of occupation, if you’re a “thinking” woman it means you are weak. If you are sensitive to the situation, you’ll never be “one of the guys”.

Only years out of uniform could I first begin to feel the pain of that Palestinian girl at the checkpoint. It is a sobering-up process. Now, a whole decade later, I break the silence.

These were ten years of suppressing my own deeds and internalizing the need to keep silent. I was silent because I was too afraid to confront my mates and commanders, afraid to be cursed and bad-mouthed. I break the silence now because I’ve realized silence is a part of that which enables this to happen. It is motivated by fear and based on blind faith in the way. Most of all I realized that it enables whoever sent me there, my family and my friends, all of Israeli society, to turn their gaze away from the reality of occupation.