Palestine is not South Africa 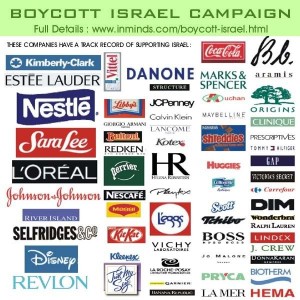 Ronnie Kasrils, a South African politician, said in 2007 that the architecture of segregation that he saw in the West Bank and Gaza was “infinitely worse than apartheid.” This statement was made before Israel began its full-scale war against Gaza, which can now be compared to an open air prison.

Ronnie Kasrils was Minister for Intelligence Services from 27 April 2004 to 25 September 2008. He was a member of the National Executive Committee (NEC) of the African National Congress (ANC) from 1987 to 2007 as well as a member of the Central Committee of the South African Communist Party (SACP) from December 1986 to 2007.

But it’s not just Mr Kasrils that thinks this.

The respected Association for Civil Rights in Israel (ACRI), a leading human rights group in Israel, in 2008 described Israeli policies in the occupied West Bank as being “reminiscent of apartheid” in South Africa.

“Israel has built a modern arterial road system in the West Bank intended in fact only for use by Israeli traffic, whereas the Palestinians are forced to travel for the most part on twisting and dangerous roads,” the report said. While Israel facilitates the expansion of Jewish settlements, it restricts the growth of Palestinian towns, the report added. “This state of affairs in which all the services, budgets and the access to natural resources are granted along discriminatory and separatist lines according to ethnic-national criteria is a blatant violation of the principle of equality and is in many ways reminiscent of the Apartheid regime in South Africa.” The report said.

Boycott was an effective tool in helping to end South African apartheid, and it is hoped it will be as effective against Israeli apartheid.  The boycott was called for and is supported by Palestinian civil society organisations.

The full article from Ronnie Kasrils is worth reading if you haven’t done so already. For your convenience, it is shown below. If you scroll all the way to the bottom, some useful resources for boycotting are provided.

It is chilling to pass through the myriad checkpoints — more than 500 in the West Bank. They are controlled by heavily armed soldiers, youthful but grim, tensely watching every movement, fingers on the trigger. Fortunately for me, travelling in a South African embassy vehicle with official documents and escort, the delays were brief.

Sweeping past the lines of Palestinians on foot or in taxis was like a view of the silent, depressed pass- office queues of South Africa’s past. A journey from one West Bank town to another that could take 20 minutes by car now takes seven hours for Palestinians, with manifold indignities at the hands of teenage soldiers.

My friend, peace activist Terry Boullata, has virtually given up her teaching job. The monstrous apartheid wall cuts off her East Jerusalem house from her school, which was once across the road, and now takes an hour’s journey. Yet she is better off than the farmers of Qalqilya, whose once prosperous agricultural town is totally surrounded by the wall and economically wasted. There is only one gated entry point. The key is with the occupation soldiers. Often they are not even there to let anyone in or out.

Bethlehem too is totally enclosed by the wall, with two gated entry points. The Israelis have added insult to injury by plastering the entrances with giant scenic posters welcoming tourists to Christ’s birthplace.

The “security barrier”, as the Â­Israeli’s term it, is designed to crush the human spirit as much as to enclose the Palestinians in ghettoes. Like a reptile, it transforms its shape and cuts across agricultural lands as a steel-and-wire barrier, with watchtowers, ditches, patrol roads and alarm systems. It will be 700km long and, at a height of 8m to 9m in places, dwarfs the Berlin Wall.

The purpose of the barrier becomes clearest in open country. Its route cuts huge swathes into the West Bank to incorporate into Israel the illegal Jewish settlements — some of which are huge towns — and annexes more and more Palestinian territory.

The Israelis claim the purpose of the wall is purely to keep out terrorists. If that were the case, the Palestinians argue, why has it not been built along the 1967 Green Line border? One can only agree with the observation of Minister in the Presidency Essop Pahad, who has stated: “It has become abundantly clear that the wall and checkpoints are principally aimed at advancing the safety, convenience and comfort of settlers.”

The West Bank, once 22% of historic Palestine, has shrunk to perhaps 10% to 12% of living space for its inhabitants, and is split into several fragments, including the fertile Jordan Valley, which is a security preserve for Jewish settlers and the Israeli Defence Force. Like the Gaza Strip, the West Bank is effectively a hermetically sealed prison. It is shocking to discover that certain roads are barred to Palestinians and reserved for Jewish settlers. I try in vain to recall anything quite as obscene in apartheid South Africa.

Gaza provides a desolate landscape of poverty, grime and bombed-out structures. Incon- gruously, we are able to host South Africa’s Freedom Day reception in a restaurant overlooking the splendid harbour and beach. Gunfire Â­rattles up and down the street, briefly interrupting our proceedings, as some militia or other celebrates news of the recovery from hospital of a wounded comrade. Idle fishing boats bob in long lines in the harbour, for times are bad. They are confined by Israel to 3km of the coast and fishing is consequently unproductive. Yet, somehow, the guests are provided with a good feast in best Palestinian tradition.

We are leaving through Tel Aviv airport and the Israeli official catches my accent. “Are you South African?’ he asks in an unmistakable Gauteng accent. The young man left Benoni as a child in 1985. “How’s Israel?” I ask. “This is a f**ked-up place,” he laughs, “I’m leaving for Australia soon.”

“Down under?” I think. I’ve just been, like Alice, down under into a surreal world that is infinitely worse than apartheid. Within a few hours I am in Northern Ireland, a guest at the swearing in of the Stormont power-sharing government of Ian Paisley and Martin McGuinness.

Not even PW Botha or Ariel Â­Sharon were once as extreme as Ian Paisley in his most riotous and bigoted days. Ireland was under England’s boot for 800 years, South Africa’s colonial-apartheid order lasted 350 years. The Zionist colonial-settler project stems from the 1880s. The Israeli ruling class, corrupt and with no vision, can no longer rule in the old way. The Â­Palestinians are not prepared to be suppressed any longer. What is needed is Palestinian unity behind their democratically elected national government, reinforced by popular struggles of Palestinians and progressive Israelis, supported by international solidarity.

South Africa’s stated position is clear. The immediate demands are recognition of the government of national unity, the lifting of economic sanctions and blockade of the Palestinian territories, an end to the 40-year-old military occupation and resumption of negotiations for a two-state solution.

On a final note, the invitation to Prime Minister Ismail Haniyeh as head of a national unity government was welcomed by President Mahmoud Abbas, and will be dealt with by our government.

As they say in Arabic: “Insha ‘Allah [God-willing].”

Ronnie Kasrils is Minister of Intelligence

At the end of my post regarding Netanyahu’s meeting with Prime minister Gordon Brown, I wrote:

Do you really think that he can go back to Israel and convince his right wing government that all settlements must stop? No chance.

So, further to this meeting with Gordon Brown, you must be wondering what is happening back in Israel regarding these settlements, I know I am.

Now, let’s go back on track to the actual outcome of the Brown-Netanyahu meeting. Israel’s defence ministry will approve the construction of 500 new settlement homes in the occupied West Bank this week, this apparently being a prelude to a settlement freeze. During this so called freeze, work will continue on these new homes and on 2,500 others where Israel says construction has already started.

It has been reported that Netanyahu talked of a “reduction” in settlements rather than a freeze. If Israel truly had any interest in peace talks, they would have halted their building of settlements. If anything, this decision, to continue building settlements, will aid their effort of the ethnic cleansing of Palestinians.

I think we all knew that there would be no positive outcome of Brown meeting Netanyahu.

Israel‘s defence ministry will approve the construction of 500 new settlement homes in the occupied West Bank this week, in a last-minute move before agreeing a compromise settlement freeze with the United States.

The authorisation comes despite criticism from Washington and weakens the effect any suspension of Israeli settlement construction will have. During the Israeli pause, work will continue on these new homes and on 2,500 others where Israel says construction has already started.