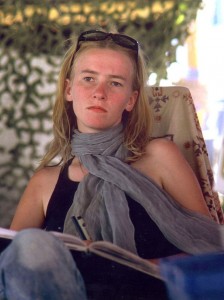 Egyptian leaders should be ashamed

It’s sad that Egypt continues to condemn the Gazans who have been struck by poverty as a result of Israel’s Operation Cast Lead a year ago. Egypt continues to refuse entry for the Viva Palestina Convoy. It has said that 25% of the convoy must go through the Israeli checkpoint, and we all know that if that were to happen that 25% will never reach Gaza.

The video above shows a Guardian report on the clashes between Viva Palestina and the Egyptian Police. What harm will it do to Egypt to let the convoy pass? If anything it will shed some good light on them for a change. But alas, Egypt is succumbing to pressure from Israel and the USA who for a reason that is their own wish to continue the suffering of the Palestinians.

Another recent decision by Israel to build a wall blocking the underground tunnels which the Gazans have been using to bring essential supplies through is absurd. Again, succumbing to pressure from America and Israel who fear that weapons may be transported through these tunnels.

The Egyptian government are sellouts. Instead of standing by Palestine, they are standing by the Zionist regime that is ethnically cleansing Arabs from their lands. I do hope that Egypt soon realise the mistake they are making, and allow this humanitarian aid to go through.

Israel have nothing to worry about. I’m 100% certain George Galloway didn’t bring a convoy all the way from London, UK just to import weapons for the Gazans. Why is such fuss being created in getting humanitarian aid into Gaza? It makes no sense to me.

The effects of operation Cast Lead are from from over. You think 1,300 Palestinians died? Wrong… Countless people continue to die due to poverty, lack of essential supplies, lack of medical attention. Israel’s strict restrictions continue to suffocate the people of Gaza.

Let’s pray the convoy gets through, for the sake of the suffering Gazans.

One year on – Israeli assault on Gaza

12 months have passed since Israel’s assault on Gaza named Operation Cast Lead, Palestine is yet to recover. Israel’s economic siege remains in place and no repair work has been carried out in Gaza due to restrictions imposed by Israel.

Israel’s use of white phosphorus on civilian targets, killing of innocent people waving white flags amongst other revelations in the Goldstone report has not given them a good moral standing. Israel is accused of breaking humanitarian law and Geneva conventions. Israeli politicians face the risk of arrest under charges of war crimes. The world stands by however, and seems to allow Israel to get away with breaking international law.

On to President Obama who, in his speech in Cairo, Egypt, had so much to say, has done very little. Israel continues to build settlements, desbite Obama saying that ALL settlement building must freeze. Netanyahu simply responded by saying a partial freeze will be in place (i.e. disregarded Obama’s request). Despite this blatant disregard, nothing was said, Israeli’s settlements continue to be built. Obama full of false promises comes to no surprise really.

On to Prime minister Gordon Brown, who is so worried about embarrassment that he puts saving face before the lives of the Palestinians. He bows to every Israeli demand, not much of a man, but merely a puppet. He is currently attempting to change the laws so Israeli politicians cannot be arrested in the UK under war crime charges, simply because it’s an embarrassment to his government. He is fully aware however that these courts work on an “Innocent until proven guilty” basis, thus, if the Israeli politicians are not guilty they have nothing to fear. The reason they do fear is because they ARE guilty, Brown aware of this fact, continues to try and protect these war criminals. He is in league with the war criminals, and equally responsible for little and no progress made in Palestine since Operation Cast Lead. Shame on the Labour government, shame on him. This being said, the Conservative government are no better. David Cameron commended Israel on Operation Cast Lead. A deluded man who I fear will be in power come next elections. Time will tell how his leadership pans out, but I’m pretty certain he’s in favour of Israel.

On to Egypt’s sad excuse of a human being, president Hosni Mubarak. The Viva Palestina Convoy is composed of 250 vehicles and ordinary people who have dedicated their time and efforts into rebuilding Gaza as well as they can without the much needed political backing of the Western governments. This convoy has been forced to detour thanks to Cairo’s obstruction and Mubarak’s bull headedness. So Egypt refused to allow it to go through the Red Sea port of Nuweiba, and the convoy is now taking a detour through Syria Latakia attempting to enter Egypt through the Mediterranean port city of El-Arish. The convoy was scheduled to deliver medical, humanitarian and educational aid to Gazans on December 27, which marked the first year anniversary of Israel’s three-week massacre. I have no doubt that the convoy will eventually reach where it must, no help of course from Mubarak. This man should be ashamed. A man who shows no compassion for his fellow Arabs living in poverty as a result of the actions of Israel.

So, one year on, not much has been done. I speak on behalf of all supporters of Palestine however when I say that in 2010 we will not forget the massacre by Israel. We will not forget the continuing oppression, the illegal occupation and the apartheid wall.  We will continue to protest, continue to boycott, make our voices heard, support the Palestinians with what is in our power to do so. Donate books, clothes, money, anything which will help get Gaza back on track. We will make sure that our politicians do not hear the end of it. Israel are owed a tribunal for their war crimes, let’s make it happen in 2010.

It’s interesting to see how America’s war on terror has thus far only progressed through Muslim nations. I do sincerely hope that Obama has a different vision to George Bush, however there’s something that’s just not right about Obama, time will tell.

This brings me on to terrorism. Who are the real terrorists? Did Afghanistan really pose a threat to this world? Did Iraq with their weapons of non-existence mass destruction pose a threat? In all honesty, not really. Yes their people were suffering thanks to idiots such as Saddam and the Taliban, but a threat to others, no. I think we all know that this was purely oil driven, especially in the case of Iraq. Afghanistan was just the scapegoat for 9/11. Harsh words I know, but I still have huge doubts as to who was responsible for 9/11.

Now, let’s for a moment take a look at Israel and their strongest allies, the United States of America. In combination, the amount of lives they have cost this world is far greater than 9/11. The amount of families divided, children killed, women killed is far greater. Brothers, sisters, fathers, mothers, grandparents, uncles, aunts, children being massacred. This is surely the definition of terrorism?

Let’s look at a more recent article regarding America’s good friend Israel. Here we read that Arab inhabitants of East Jerusalem are being forced out of their homes by Israeli police in order to allow settlers to come in, injuring a child in the process. Just like that, a family has lost their home, what they have spent their livelihood building.

I will also quote the following from the article:

The most disturbing fact about Israel’s eviction programme is that when you look around East Jerusalem and the surrounding area there are considerable plots of land without homes. If they wanted to build new illegal settlements without kicking out Palestinians in the area they could do so. The targeting of Sheikh Jarrah and other areas is actually a process of racial purification, the transformation of East Jerusalem into a unified Jewish Jerusalem.

So, ethnic cleansing is the aim then, otherwise why not build your homes on lands that are not occupied by innocent families trying to earn an honest living? These people, the Arabs in East Jerusalem, are victims of terrorism, yet the world will stand by and let it happen. Mr Blair, the peace envoy, has a hotel that overlooks this area, and yet not a comment regarding these settlements will be mentioned. I do invite you to read the entire article and gain your own opinions. Again, let’s keep these people in our Duaas (Prayers) and thoughts.